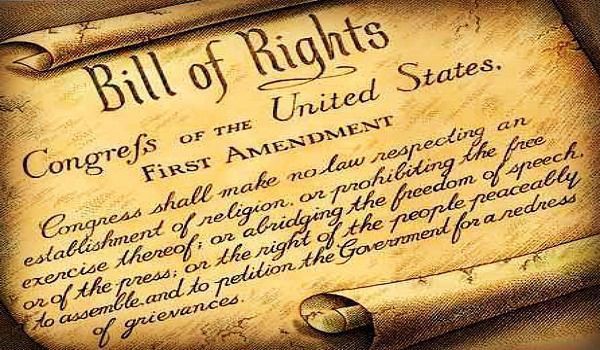 For the past sixty years, the traditions and religious underpinning of the United States have been under attack.

In 1976 an angry group of Godless leftists formed, The Freedom From Religion Foundation, an American nonprofit organization.

Their sole purpose, regardless of the will of the majority of Americans, our nation’s heritage, and traditions, this group tries to advance the removal of God from the public square for atheists, agnostics, and nontheists. They threaten government entities that still practice traditions and bring numerous lawsuits demanding the separation of church and state.

These anti-religious zealots even challenge the legitimacy of many federal and state programs helping millions of Americans simply because they are faith-based.

Interestingly though, the phrase “separation of church and state”––while found in other constitutions, such as the one for the now-defunct Soviet Union––is not found in the U.S. Constitution. It originated in a private letter from Thomas Jefferson to the Danbury Baptist Association in Connecticut.

Fortunately, we live in a constitutional republic with judges who have the responsibility to make rulings based on the Bill of Rights, not on the emotional demands of secular people.

A Texas judge can continue opening his court proceedings ceremony with a prayer, a divided U.S. appeals court has ruled.

The Freedom From Religion Foundation (FFRF) sued Texas Justice of the Peace Wayne Mack over Mack’s practice of starting each court day with a few minutes for prayers delivered by faith leaders, reports Reuters.

The United States Court of Appeals for the Fifth Circuit voted 2-1 in favor of Mack. The court rejected the FFRF’s claim that Mack’s practice could be viewed as prejudicial. “We cannot credit the plaintiffs’ assertion that ‘coercion in a courtroom doesn’t come from the imposition of actual prejudice; it comes from a perceived risk of prejudice.’

The plaintiffs must present evidence that any such perception is objectively reasonable — evidence from which we can conclude that ‘coercion is a real and substantial likelihood,’” the court’s opinion stated.

The court held that if Mack continues to allow chaplains from different faiths to lead the prayers and does not impose consequences on those who do not participate, his courtroom prayer ceremonies are lawful.

U.S. Circuit Judge E. Grady Jolly dissented, saying it was “reasonable to believe that nonparticipation will draw his ire, as the former Pentecostal minister campaigned on having prayer in his court and “has acted hostile following a litigant’s noncooperation in the prayer.”

“I am eternally grateful to the judges on the 5th Circuit who upheld this historical practice,” Mack said in a statement. “I look forward to continuing to serve the people of Montgomery County.”

According to the Houston Chronicle, the FFRF has not yet determined if it will appeal the decision.

FFRF leaders did express their dissatisfaction with the ruling. “A courtroom is not a church and a judge’s bench should not be a pulpit,” Gaylor said. “It is a dishonest decision claiming a tradition of courtroom prayer and denying it is coercive,” said Annie Laurie Gaylor, co-president of the foundation.