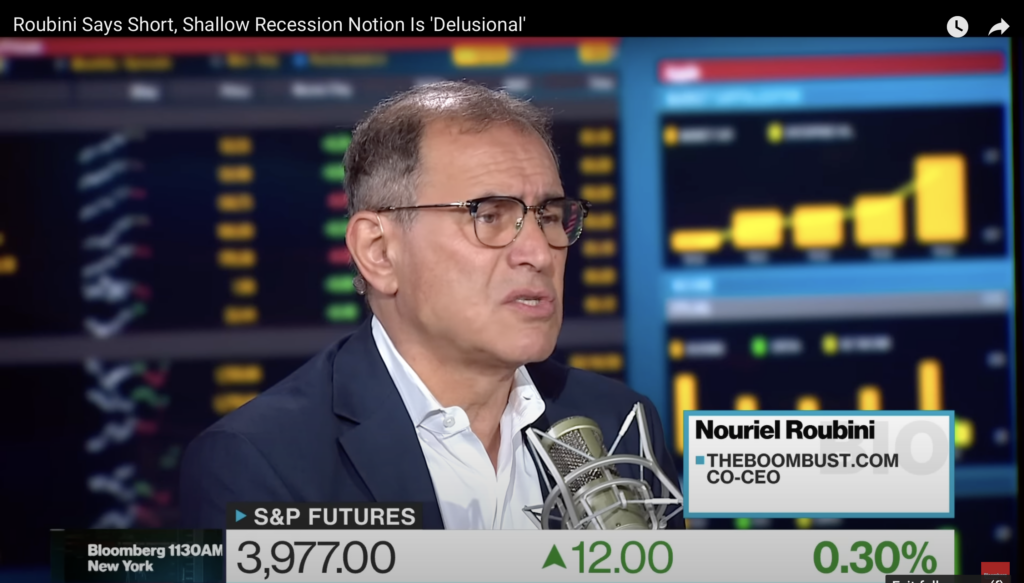 A famed economist known as ‘Dr Doom’ has warned that the United States will see either rampant inflation or a significant market slowdown unless the Federal Reserve doubles its current funding rate.

Nouriel Roubini, a 64-year-old professor of economics and founder of an influential consulting firm, was a senior economist for the Council of Economic Advisers under Bill Clinton, and worked for the Treasury under Barack Obama.

His nickname came from his pessimistic views on the economy, including an accurate prediction about a looming housing market crash ahead of the Great Recession.

On Monday, Roubini told Bloomberg that the Federal Reserve needed to make significant financial adjustments to stave off serious consequences.

He suggested that to stave-off inflation, a doubling of the Fed’s current interest rate was needed – but admitted that taking that step would cause a ‘hard-landing’ recession as the US economy contracts.

He said the fed funds rate – their guidelines for lending for banks – needed to double from its current range of 2.25-2.50 percent in order to address a ‘severely inflationary environment’.

He warned, however, that sharply increasing the fed funds rate would also create a ‘hard landing’ in the economy – a dramatic downturn.

‘The fed funds rate should be going well above 4 percent – 4.5 percent to 5 percent in my view – to really push inflation towards 2 percent,’ he said.

‘If that doesn’t happen, inflation expectations are going to get unhinged.

‘Or if that happens, then we are going to have a hard landing.’

He said neither maintaining the status quo or increasing the fed funds rate was a panacea.

‘Either way, either you get a hard landing or you get inflation getting out of control,’ he said.

His remarks came as Michael Burry, the 51-year-old hedge fund manager, disclosed that he had sold almost all of the stock he owned.

Burry’s antics were portrayed in the 2015 film starring Christian Bale as the financier who profited from the housing market collapse. 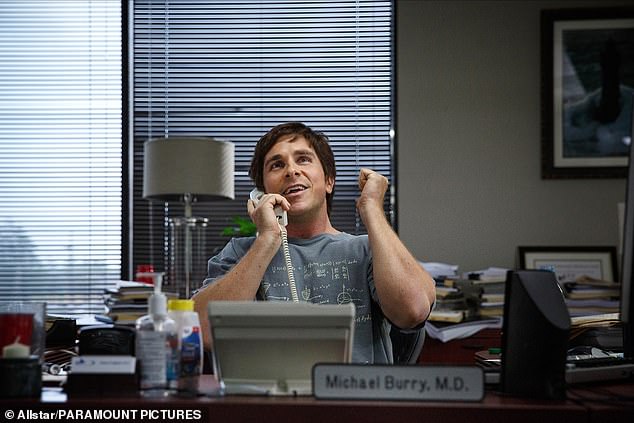 On Monday, filings from Burry’s Scion Capital Management showed that, during the second quarter, he dumped his entire stock portfolio.

The holdings were cumulatively worth $165 million at the end of the first quarter.

Scion sold off its long positions on 11 companies during the second quarter, including bullish bets on Google parent Alphabet, Facebook parent Meta, Bristol-Meyers Squibb and Nexstar Media Group, according to the company’s latest 13-F filing.

At the end of the second quarter, Scion only had left one stock: Geo Group, a Florida-based company operating private prisons.

Burry’s shares were worth $3.3 million.

Large hedge funds are required to disclose their holdings in publicly traded companies each quarter through 13-F filings.

The filings do not include information about short positions and are accurate as of the end of each quarter, meaning Scion’s positions may have changed since the form was submitted at the end of June.

A week ago, in a now-deleted tweet, Burry said he was deeply concerned about the economic headwinds.

He frequently deletes his tweets shortly after they are posted.

Last week, Burry cautioned of ‘winter coming’ for the US economy due to a surge in consumer debt.

‘Net consumer credit balances are rising at record rates as consumers choose violence rather than cut back on spending in the face of inflation,’ he tweeted.

Roubini and Burry’s concerns came after a top economist at Morgan Stanley warned it is too soon to see the slight reduction in interest rates as a sign the economy has turned a corner, insisting it was ‘way premature’ to celebrate.

On Wednesday the government released the latest consumer price index report, which showed inflation hit 8.5 percent for the month of July – down from 9.1 percent in June.

On a monthly basis, prices were unchanged from June to July – the smallest such rise for more than two years.

Falling gas prices were credited for last month’s relative decline from June, but this was driven partly by fewer Americans heading to the pumps or filling up less often.

Lisa Shalett, a chief investment officer of Morgan Stanley Wealth Management, said it was ‘a head fake’ to believe that the worst was past.

Elon Musk: “Being a Mom is Just as Important as Any Career”
Meadows Silent Amid Reports Alleging He’s ‘Responsible’ for Mar-a-Lago Raid