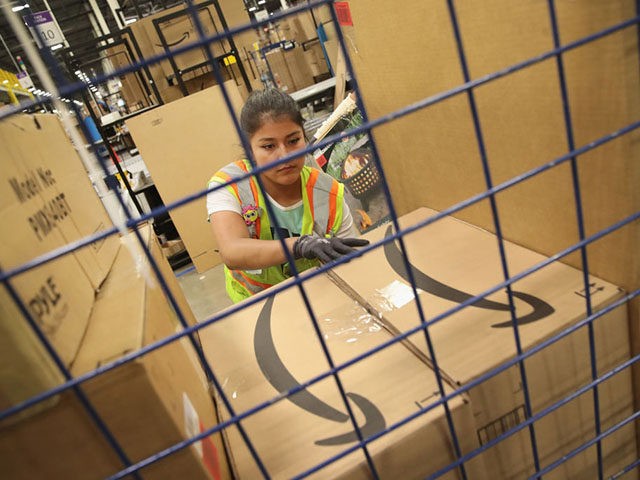 Americans First! Illegals Are Taking Needed Delivery And Other Jobs from Americans

Welcome to the twisted world of illegal immigration.

As someone who moved to California, in 1988, I have seen businesses, both large and small, choose to hire known illegal aliens to fill their open jobs.

What is a misnomer about this situation, is we are not only talking about lawn mowing and picking fruit, millions of illegal aliens currently work as construction workers, truck drivers, and in California, attorneys. 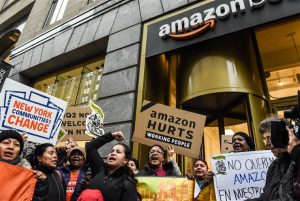 What this has done has created industry niches that are serviced by the lowest bidders thus most lawn services, field workers, and beginner construction jobs are filled by illegal alien owner businesses.

The past few generations of American children have wrongly, in my opinion, learned there are certain jobs the “Mexicans” do and thus don’t get out and work. In California, it is becoming rarer to see high school kids out mowing yards or working in the fast-food industry.

The US Chamber, working with the open borders activists, use the argument that the illegals only fill the jobs American citizens don’ want anyway, while at the same time pushing for a guaranteed minimum wage of $15 per hour.

Here is how it really plays out.

Illegal migrants are getting delivery jobs from Amazon’s high-pressure delivery system, even though millions of Americans need the work during the coronavirus economic crash, according to Bloomberg.

The illegals get the delivery jobs by subcontracting themselves at lower wages to people who hold multiple accounts in Amazon’s scheduling software, dubbed Amazon Flex, according to a report in Bloomberg.com:

One reason Flex contractors do this is to get around the requirements for being a driver, such as having a valid license or being authorized to work in the U.S., according to a person familiar with the matter. In such cases, someone who meets the [legal] requirements downloads the Flex app and is offered a route earning $18 an hour. He or she accepts the route and then pays someone else $10 an hour to do it, said the person, who requested anonymity to discuss a private matter.

Joe Biden's immigration plan promises to allow millions of chain-migration applicants into the US before they get green cards.
Foreigners are rational, so millions more would declare chain-migration status.
Wages would fall, housing prices would rise. https://t.co/3xcBjx1Fbb

For the sake of our nation, it is time to secure our border, enforce E-Verify, and deport those who are here illegally, including VISA overstays.

We must cancel all VISAS, including H1 & H2, until every American, who can work, is employed.

With the money behind the cheap labor open borders movement, this will be difficult to do, but we either balance the employment supply and demand ratio or the end result will be only low paying jobs, with no benefits, for everyone.