New Court Trial Filings, George Floyd Was Hospitalized for a Drug Overdose in May 2019

After months of speculation, new court filings from the defense of fired Minneapolis Police Officer Derek Chauvin shed some light on how they plan on going to trial.

The filings reveal some of the arguments that might have lead to Floyd’s death, which they believe will also exonerate their client.

They plan to show a history of George Floyd’s criminal activity, including a felony conviction for an armed home invasion robbery in Texas and, and will point out Floyd was hospitalized for a drug overdose in May 2019.

They claim as Floyd was engaged in the possession and sale of large quantities of controlled substances, he swallowed the drugs when approached by police to try to get rid of the evidence.

As a result of swallowing the drugs, Floyd was taken to a Minneapolis hospital for medical care for a drug overdose. 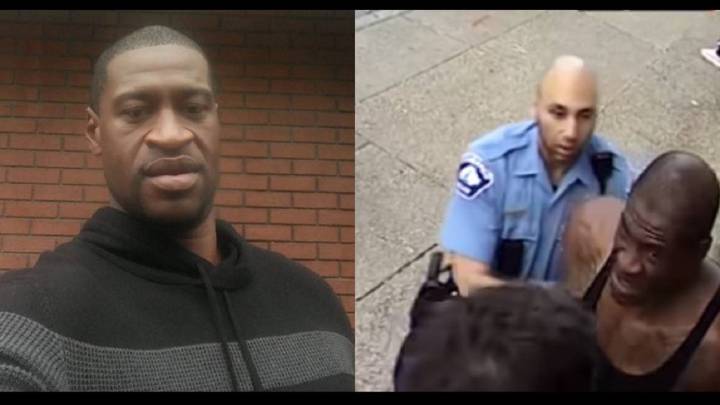 Chauvin’s defense speaks of offering evidence suggesting Floyd was treated at the Hennepin County Medical Center for “accidental drug ingestion” in May 2019, which would align with the idea that he swallowed drugs to avoid their detection by police. 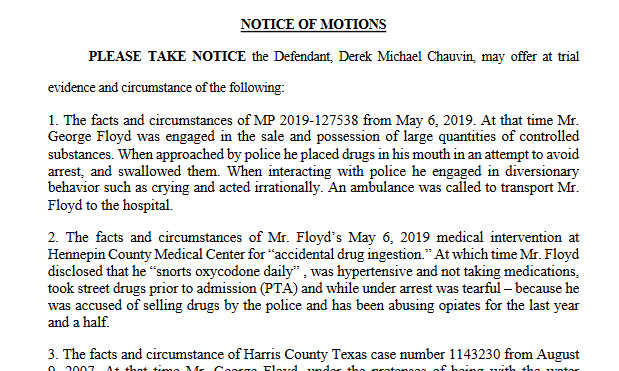 Documents obtained by prosecutors recently revealed that Hennepin County Coroner Dr. Andrew Baker would’ve concluded that George Floyd died of a drug overdose during his May arrest, if not for the circumstances of the arrest, in which Derek Chauvin kneeled on Floyd’s neck for several minutes.

Floyd was high on methamphetamine and three different opioids during his fatal arrest. 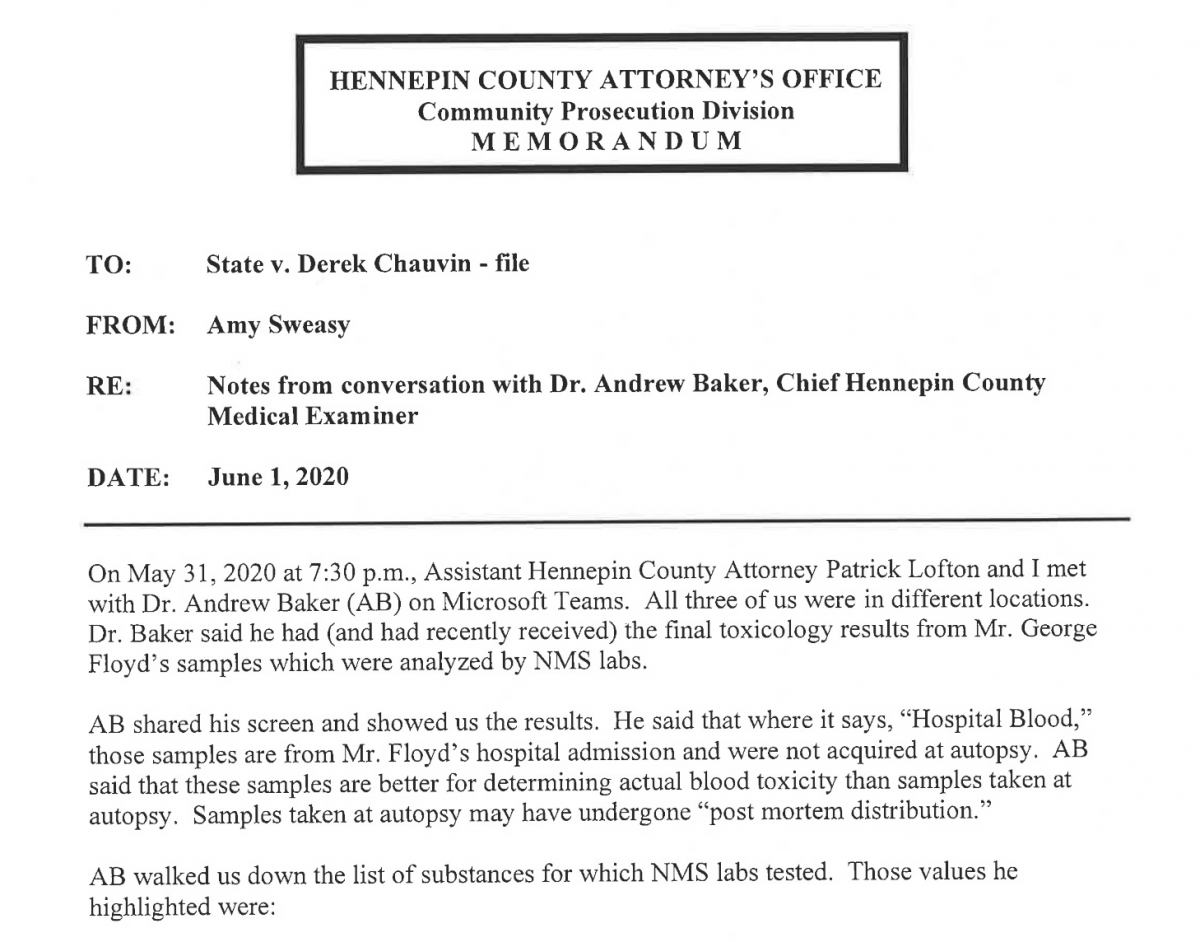 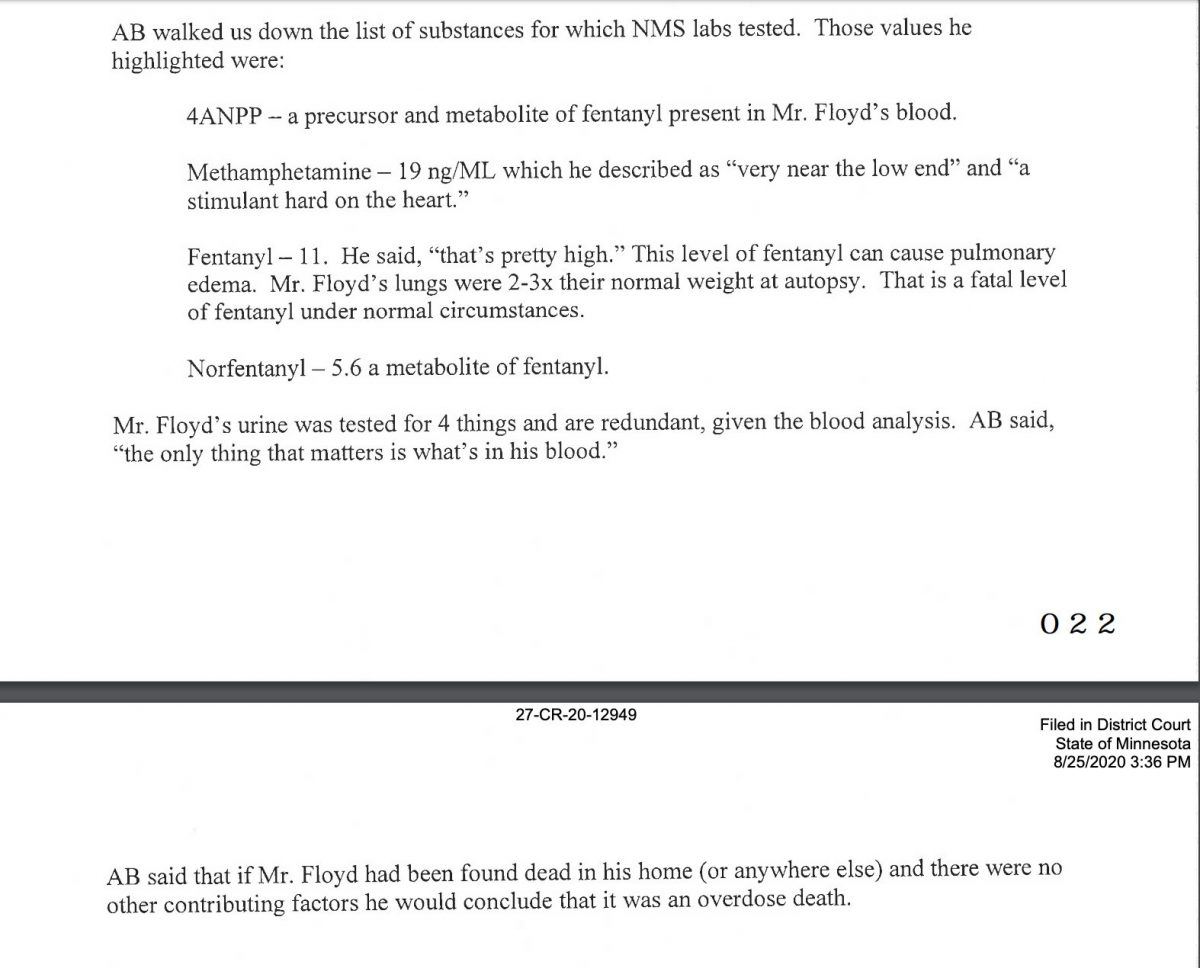 The autopsy “revealed no physical findings that support a diagnosis of traumatic asphyxia or strangulation,” according to the criminal complaint.

If Floyd, who has a considerable criminal history including a felony conviction for an armed home invasion robbery in Texas, swallowed drugs to prevent an arrest in 2019, it’s not impossible that he did the same thing in May. The defense’s motion describes Floyd as acting in a hysterical manner and crying, behavior Floyd repeats during a video of the infamous May arrest. 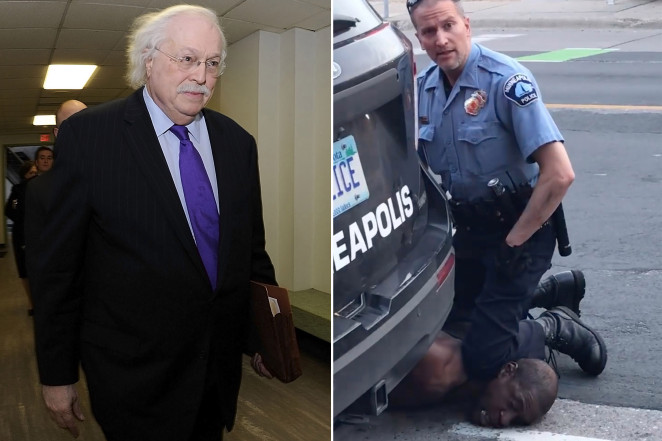 So two different conclusions, from 2 different autopsies, and a divided Minneapolis community to pick the jury pool from.

With Floyd’s criminal history and pre-kneeling actions and the infamous video, I don’t know how Derek Chauvin gets a fair trial.

Except for a guilty finding on all charges, we should expect more violence in progressive cities, which further puts pressure on any prospective juror.