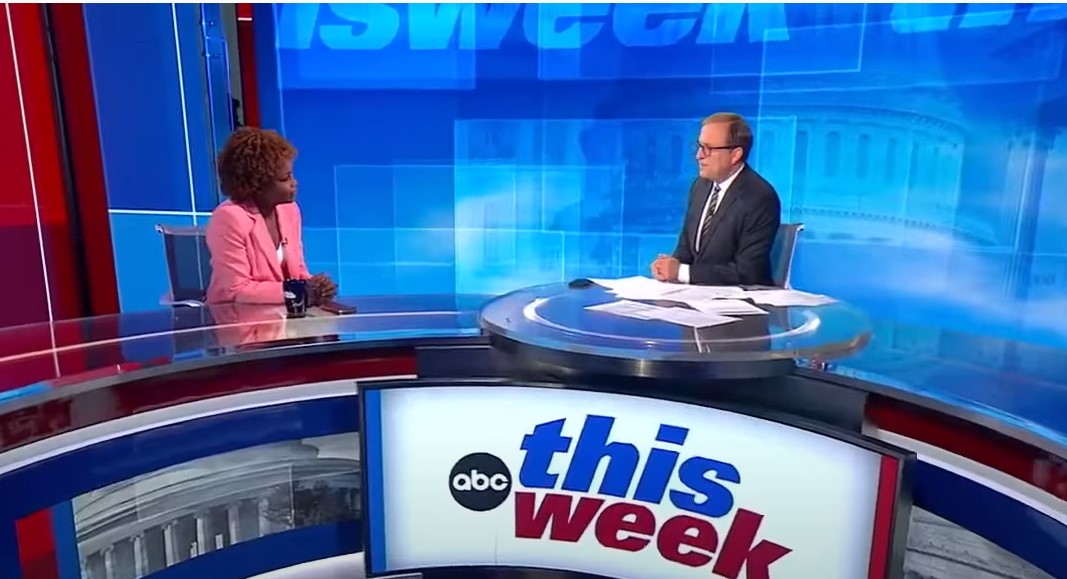 As with other organizations, the US Congress has shysters embedded in their ranks looking to bend and even break the rules for their own purposes.

Instead of working within the constraints of the U.S. Constitution, both political party leaderships have devised schemes, as workarounds.

Last week the Democrats pushed through a partisan spending bill, using the “budget reconciliation process”, as it prevented the GOP from having a say, and lied about the bill balancing in the end.

The Senate passed the Inflation Reduction Act of 2022 last week as a negotiated version of the Build Back Better Act.

The $739 billion measure passed without any “yes” votes from Republicans, who argued that it is packed with unnecessary spending and will not address rising inflation, with many citing a report from the nonpartisan Congressional Budget Office that said the legislation will have a “negligible” effect on inflation.

Karl brought up the CBO findings to the press secretary.

“But let me ask you, it’s called the Inflation Reduction Act, but the Congressional Budget Office which is nonpartisan said that there would be a negligible impact on inflation this year and barely impact inflation at all next year, isn’t it almost Orwellian?” Karl asked Jean-Pierre Sunday on “This Week.”

On Inflation Reduction Act, Jean-Pierre tells @JonKarl: “It's going to lower costs for Americans. Prescription drugs, energy costs…13 million Americans on the ACA who are now going to continue to see their premiums go down. That is important.” https://t.co/s4vGyjQKTX pic.twitter.com/zuJREOUiXe

Jean-Pierre tried to defend the bill, “making sure that billionaires in corporate America are paying their fair share, making sure that the tax code is a little bit more fair,” and claimed that “when you put it in its totality, you will see that it will bring down lower the deficit, which will help fight inflation.”

Then she repeated the lie hoping not to be challenged.

“It is going to fight inflation,” she later added to the bill. “It has been proven, it has been said by economists across the board on the Republican side and the Democrat side.”

The CBO and Penn Wharton Budget Model confirmed that the ‘Inflation Reduction Act’ will not reduce inflation.

#PWBM and CBO find an almost identical impact of the Inflation Reduction Act of 2022 (IRA) on the budget, with small differences stemming from the corporate minimum tax revenue. The impact on inflation is statistically zero for either estimate.

The bill will also add 87,000 new IRS employees expected to target the middle and lower income classes looking for over a trillion dollars more in taxes. In addition, they will most likely act as enforcers for the White House, pressuring citizens who are refusing to comply with the federal government’s Marxist edicts.

Karl also asked Jean-Pierre about Biden’s poor economic approval, with 70% saying in an ABC News/Ipsos poll they think the economy is “getting worse.”

Jean-Pierre said every day this summer saw gas prices go down, by more than a dollar overall, saving Americans with two cars a little more than $100 a month, and “that matters.” She added, “That is because partly of the work that this president has done.” Both she and Karl noted that inflation eased slightly in July.