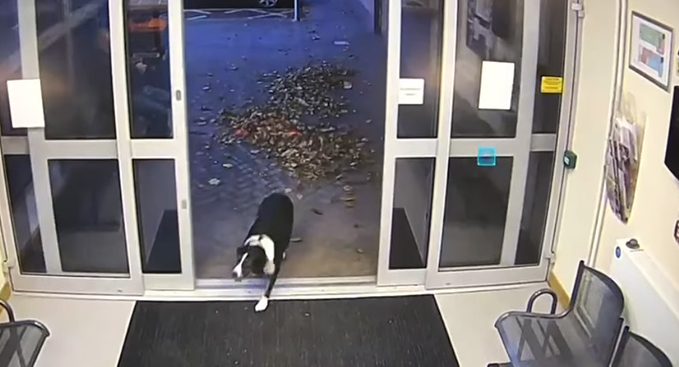 Man’s best friend has been known to wander off or get accidentally left by their owners.

But unlike other pets, dogs frequently find their way home, even if hundreds or more miles away.

In England, local police officers made a new furry friend last week after a lost dog strolled into the station.

Security footage from Loughborough Police Station captured the moment Rosie the border collie arrived and took a seat in the waiting room.

Rosie’s owners Steve and Julie Harper said Rosie ran away while on a walk and a firework went off.

“She went and stood with her dad, which she does when she is nervous, and then skedaddled [when the firework went off],” Julie told the BBC.

Police said staff fetched water for Rosie and made fast friends with her before contacting her owners.

“Thankfully she was wearing a collar, so a lead was available to contact Rosie’s owner, who was delighted she had been found safe and well,” a spokesperson for the police department said.

“I was so pleased and so happy she was safe and so proud of her that she was clever enough to find her way to the police station,” Julie said.