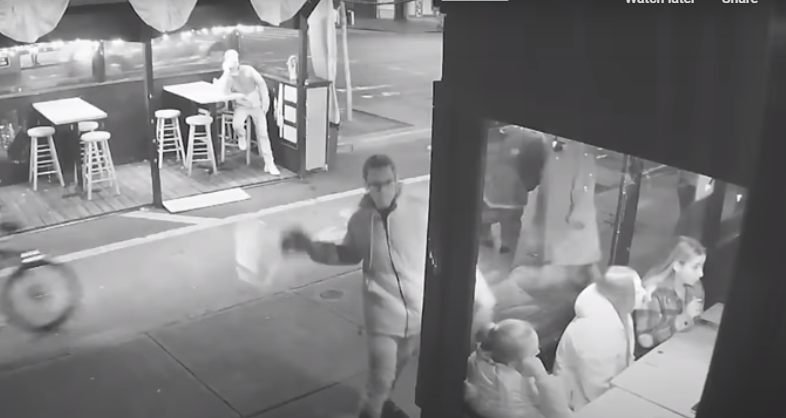 There is a new pejorative, and actual name, used for those who deceptively try to stage a hate crime, a “Jussie Smollett”.

An American actor, Smollett claimed he was the victim of a racist, homophobic assault, but ended up being convicted of lying to police for faking his own hate crime.

Prosecutors said the star of the US TV drama, “Empire”, also lied to the jury at his trial for “hours” on end. The court heard that Smollett paid two masked men to attack and racially abuse him – so he’d earn sympathy and boost his earning potential. Newsbeat’s Imran Rahman-Jones has been following the story since it first broke in January 2019, when the actor told police he was the victim of an attack as he was out walking late at night in Chicago.

NASCAR driver Bubba Wallace claimed, he was a victim of a hate crime. But the FBI concluded that a pull rope fashioned like a noose had been on a garage door at Talladega Superspeedway months before the race he participated in.

“The FBI report concludes, and photographic evidence confirms, that the garage door pull rope fashioned like a noose had been positioned there since as early as last fall,” NASCAR said in its statement. “This was obviously well before the 43 team’s arrival and garage assignment.

So when I hear of stories for “marginalized’ groups claiming they are being targeted, I think it is prudent to look a little deeper before drawing a conclusion.

Leftists originally blamed LGBTQ hatred and homophobia for acts of vandalism against a gay club in New York City, but police arrested a suspect who said he was himself gay.

Surveillance video showed a man wearing glasses walking up to VERS, a gay bar in the Hells’ Kitchen neighborhood, and tossing a brick at one of the windows while patrons looked on.

Police said there were a total of four incidents of vandalism against the same bar over a period of a month.

They later posted a video of the suspect from inside a bodega in the neighborhood.

🚨WANTED for CRIMINAL MISCHIEF HATE CRIME PATTERN: Have you seen this person? Between 11/13/22 and 11/19/22, the suspect threw a brick into the front window of the establishment, damaging it. Have any info? DM @NYPDTips, or anonymously call them at 800-577-TIPS. pic.twitter.com/F4u2cBZi5X

The owner of the bar without knowing who committed the crimes implied that the incidents were tied to hatred of gay people.

“There’s a lot of heightened fear in the community from attacks happening all over the country and we just want to make sure that we’re providing a safe space,” said David DeParolesa to WNBC-TV.

In an article at Gothamist, the attitude of the police was criticized because they weren’t taking the incident seriously enough as a possible hate crime.

DeParolesa told the outlet that he told a police officer they might have been targeted because they were at a gay bar, and the officer replied, “Well you can’t know that.”

The owner was annoyed that the police response was so nonchalant.

“It’s typical that we, as gay people who have spaces we’ve created, have to protect ourselves,” he added. “I’m not defeatist. In fact, I’m more emboldened than ever.”

However, some on social media were skeptical. After seeing the video of the man throwing the brick, comedian Theo Vonn responded, “that form tell u its a inside job” in a tweet that went viral.

that form tell u its a inside job https://t.co/DamygRrch2

On Tuesday, the homophobic narrative fell apart when the NYPD arrested 34-year-old Sean Kuilan, who identified himself as a gay man.

NYPD Chief of Detectives James Essig said that Kuilan told them he was “exacting revenge” on the gay bar on behalf of a female friend of his who was in a feud with the business.

“As of right now we don’t have any reason to believe it is [a hate crime],” Essig said.

“I’m gay myself,” Kuilan said to reporters as he was escorted by police into court.