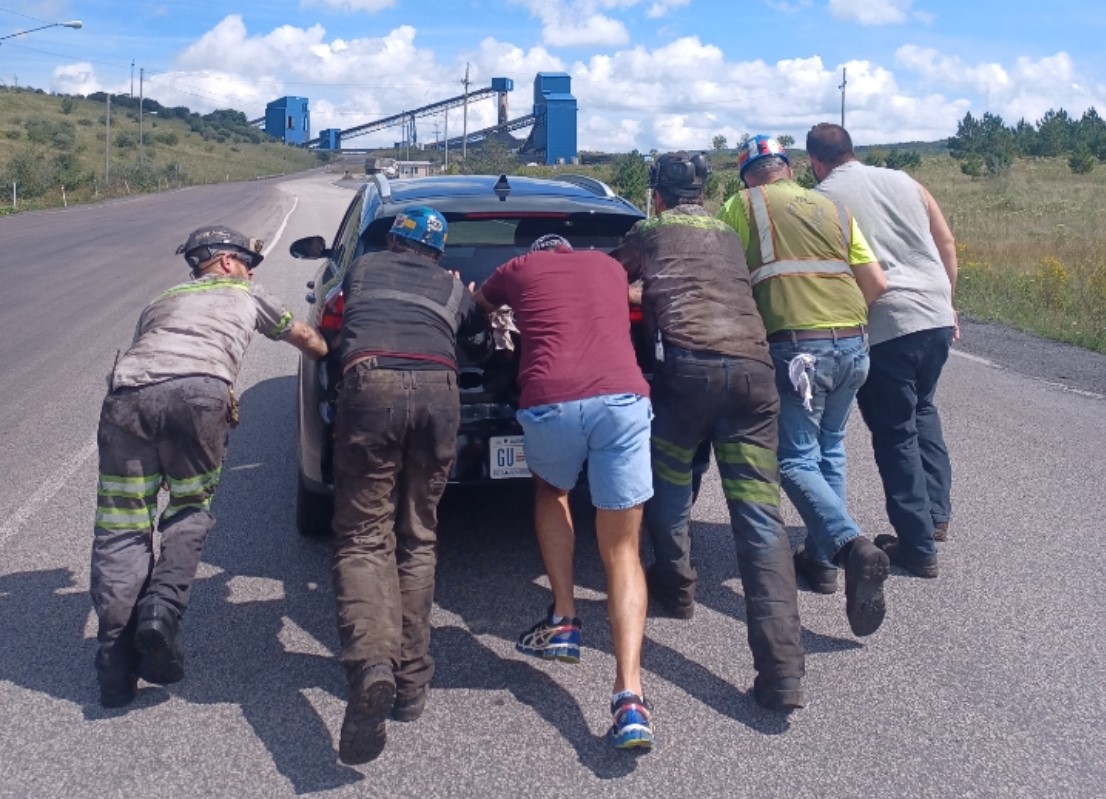 The national debate over the Biden administration’s push for the green new deal, and climate change agenda is increasing as the US heads into the nation’s mid-term elections.

For those who live in Realville, solar and wind energy are nowhere close to being ready to replace fossil fuel sources of coal, natural gas, and the cleanest of all, nuclear.

In what will become another anti-green energy meme, an electric vehicle needed some coal miners to push it to a charging station. that happens to be powered by electricity created with coal.

The vehicle broke down Friday near Mettiki Coal access road on US 48, in Tucker County, West Virginia, according to WBOY-TV.

Smith is a Republican state senator who represents the region where the incident took place, according to the West Virginia state Legislature website. He’s also the safety coordinator at Mettiki Coal, his Facebook page states.

“Some days are just better than others,” Smith wrote before launching into the tale.

"So here are 5 coal miners pushing a battery car to the coal mine to charge up." https://t.co/qDCRxN62Wf

“Today at our mine off Corridor H an electric car from DC ran out of battery at the road entrance to the mine. Someone called one of our foremen and told him a car was broke down in the middle of our haul road,” he wrote.

The foreman learned the car’s passengers were en route from Washington, D.C., to the Tucker County town of Davis, Smith wrote. Davis is about 170 miles west of D.C.

“He then went back to the mine and got guys to push the car to the guard shack so they could plug in to charge,” he wrote.

Giving the vehicle a tow was out of the question, he wrote, because “it was all plastic underneath and nothing to hook up to.”

“So here are 5 coal miners pushing a battery car to the coal mine to charge“up. If you look closely you can see our coal stockpile and load out in the background,” he wrote.

Smith took time to put in a plug for the good qualities of his constituents.

“This just shows you coal miners are good people and will go out of their way to help anyone friend or foe,” he wrote.

“Im honestly glad they ended up where they could get some help because they couldn’t get a tow truck to come and this is out in the middle of nowhere. one guy even dropped off a Friend of Coal license plate when he left to go home,” he wrote.

The incident came at a time when President Joe Biden has set a goal of 50 percent of new car sales will be electric vehicles by 2030, according to the White House.

Electric vehicles have had issues with their power and range before.

A test between an electric 2022 Rivian R1T towing a trailer versus a gasoline-powered 2022 Toyota Tundra found that the gas truck had 2.8 times the range of the electric truck, according to TheFastLaneTruck.com.