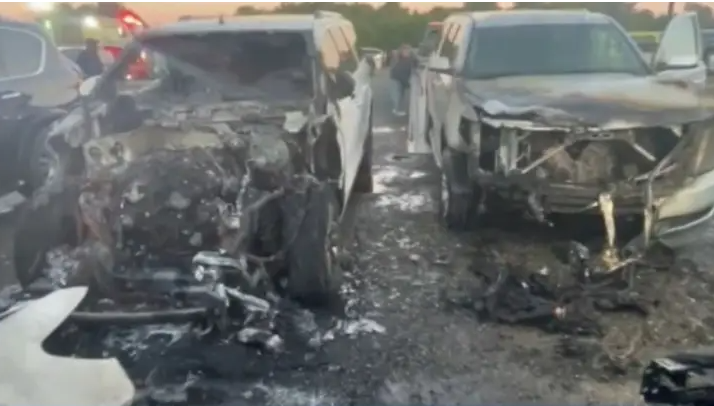 President Biden called for all semiautomatic guns to be banned during his visit to the local fire department in Nantucket last weekend.

Biden then spent Thanksgiving on the ritzy Massachusetts island with his family.

On Monday five cars rented by The Secret Service to carry the president and his family, and caught fire in the parking lot, according to footage first obtained by the Nantucket Current. 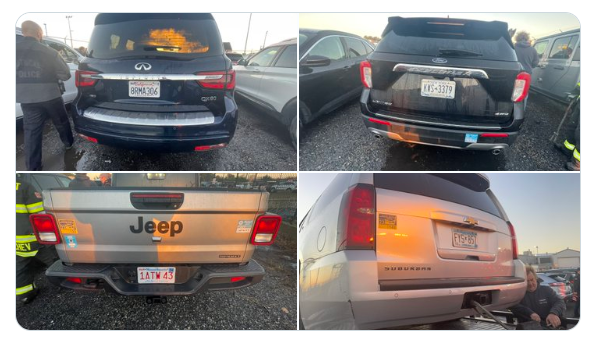 The vehicles were parked at the Nantucket airport and the blaze reportedly spread to just 40 feet away from the facility’s jet fuel tanks. It is currently unknown what caused the fire.

“At approximately 5:22 am Airport shift staff observed an active fire in the rental car overflow area through the Airport’s Closed Circuit Television System,” the airport said in a statement to the Nantucket Current. “Staff activated the Alert system and responded to the fire in Airport-3, where they were met by responding units from Nantucket Fire Department and Nantucket Police Department.”

The Secret Service did not immediately return a message seeking comment.

The fire, which erupted in a rental car lot at Nantucket Memorial Airport around 5am Monday morning, was just 40 feet from the airport’s 25,000-gallon jet fuel tanks. pic.twitter.com/TEhCVyTgk3

An investigation into the fire that consumed five rental vehicles that had been used by Secret Service agents during President Biden’s visit to the island has determined the blaze was not suspicious, according to #Nantucket Fire Chief Michael Cranson. pic.twitter.com/EYecdzj9uJ

“Combined fire resources responded and contained the fire. Several vehicles were damaged. The Airport is currently coordinating with rental car agencies and agency partners to ensure scene safety, There is no longer an active fire at this time: the Airport is open, and aeronautical operations are not affected,” the statement said.

According to the Nantucket Current, an investigation into the fire that charred the vehicles used by Secret Service agents during Biden’s visit determined the blaze was not suspicious.