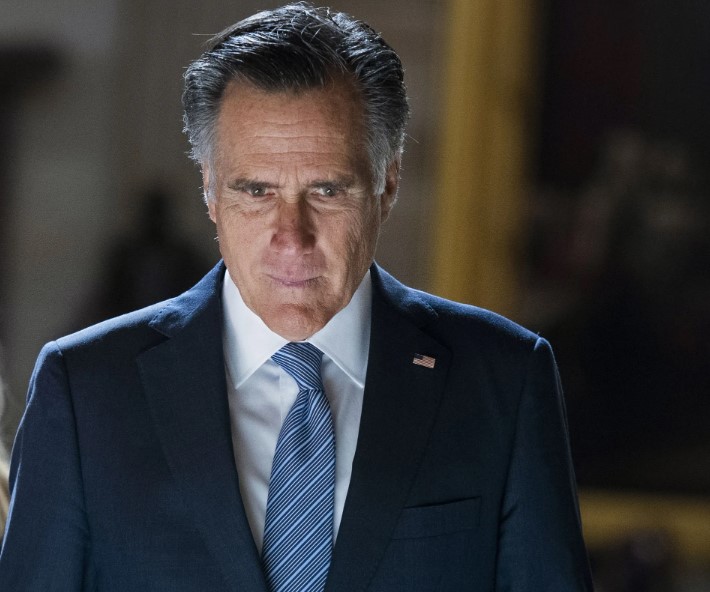 RINOs (Republicans in name only) in the GOP are once again supporting legislation that would strip away targeted groups’ Constitutional rights.

By a vote of 62–37, the Senate advanced the Respect for Marriage Act act, which would repeal the Defense of Marriage Act and codify into federal law same-sex and interracial marriages.

The bill gained bipartisan support after a small bipartisan group of senators supported an amendment to protect religious liberties, but includes language that is vague about protections for, “for-profit” businesses, allowing activists the ability to target businesses owned by those who live in line with their long-held religious beliefs.

The Republican senators who voted for the bill include:

The bill doesn’t add additional protections into law, but the left insists it is necessary because the Supreme Court wants to end gay marriage protections, in spite of Justice Alito’s written opinion.

Justice Samuel Alito, who wrote the opinion overturning Roe, made clear the court’s ruling would not impact same-sex or interracial marriage.

The Solicitor General suggests that overruling Roe and Casey would threaten the protection of other rights under the Due Process Clause. The Court emphasizes that this decision concerns the constitutional right to abortion and no other right. Nothing in this opinion should be understood to cast doubt on precedents that do not concern abortion.

The House passed the Respect for Marriage Act in July by a vote of 267–157, with 47 Republicans voting with the majority.

Before the bill becomes law, the Senate must formally approve it and send it back to the House for approval on amendments before it can head to President Joe Biden’s desk.

“While I believe in traditional marriage, Obergefell is and has been the law of the land upon which LGBTQ individuals have relied,” Romney said in a statement. “This legislation provides certainty to many LGBTQ Americans, and it signals that Congress—and I—esteem and love all of our fellow Americans equally.”

In her statement, Collins said she supported the bill because it protects against discrimination and strengthens protections for religious liberty, but has loopholes in it.

“This bill recognizes the unique and extraordinary importance of marriage on an individual and societal level,” Collins said in a statement. “It would help promote equality, prevent discrimination, and protect the rights of Americans in same-sex and interracial marriages. It would accomplish these goals while maintaining—and indeed strengthening—important religious liberty and conscience protections.”

The bill does have a “private right of action” clause, which would allow “any person who is harmed by a violation of subsection (b)…[to] bring a civil action in the appropriate district court of the United States against the person who violated such a subsection for declaratory and injunctive relief.”

The law would also allow an attorney general to bring a civil action against any person who violates the law.

Religious liberty proponents say the amendment does nothing to shield Americans who have a traditional view of marriage from being targeted under the law.

Heritage Action for America Executive Director Jessica Anderson released a statement saying RFMA is an “unnecessary piece of legislation that provides for lawsuits against those who simply hold a different view on marriage.” She continued:

It seeks to put the federal government in charge of marriage, wipes out the rights of individuals to act in accordance with their personal beliefs, and discriminates against religious people treating them as bigots under the law. To make matters worse, the Senate is only now considering the bill in a lame-duck period after the American people voted.

Supporters of the legislation have said the expected consideration of a Tillis-Collins-Baldwin amendment would address the religious liberty problems in the original bill — but it would not. It is a messaging exercise that has no teeth, and religious Americans would still be subject to discrimination and targeting under the bill. Any senator who’s serious about religious liberty would be insisting on the inclusion of the Senator Mike Lee’s amendment based on the First Amendment Defense Act, which would actually protect religious liberty. Rather than respecting individuals, this legislation would open them up to persecution, fines, and punishment.

Bakers in California and Colorado and Oregon have made national news for being targeted by LBGTQ activists.

1. A California judge has ruled in favor of a bakery owner who refused to make wedding cakes for a same-sex couple because it violated her Christian beliefs. The state Department of Fair Housing and Employment had sued Tastries Bakery in Bakersfield, arguing owner Cathy Miller intentionally discriminated against the couple in violation of California’s Unruh Civil Rights Act.

2. A Colorado baker who won a partial victory at the U.S. Supreme Court in 2018 for refusing to make a wedding cake for a same-sex couple went on trial Monday in yet another lawsuit, this one involving a birthday cake for a transgender woman.

3. The long-running case stems from January 2013, when Rachel Bowman-Cryer visited Sweet Cakes with her mother to order a cake for her upcoming wedding. After learning that Bowman-Cryer planned to marry another woman, Aaron Klein apologized and refused to take the order, citing his and his wife’s Christian faith.