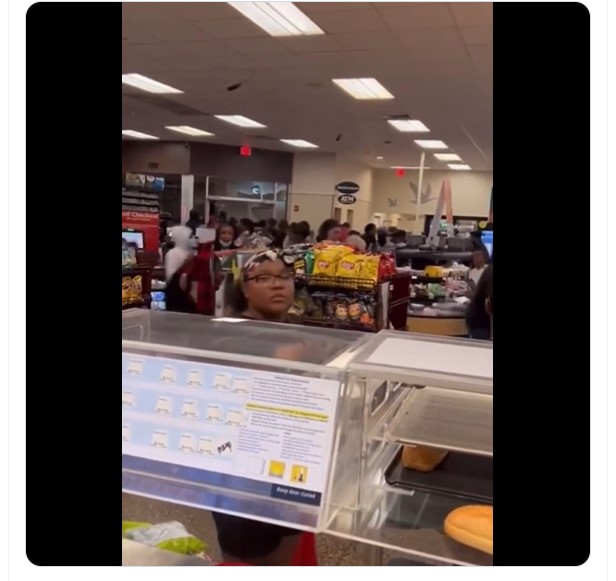 From 1941 to 1952, Bernard “Barney” Samuel served as the Mayor of Philadelphia, the last Republican to do so.

Almost 75 years later, under Democratic leadership, the city famously known as the home of the Italian Stallion, a fictitious movie character named Rocky Balboa, is in decline, looking more like a third-world ghetto.

Because of the refusal by the city’s radical District Attorney to prosecute many of the criminal charges brought to his office, Philadelphia police have been busy dealing with the rampant lawlessness.

The men and women in blue are now investigating a mob attack after a crowd of juveniles ransacked a Wawa in the city’s Mayfair section Saturday night.

It happened around 8:22 p.m. at the store located on the 7000 block of Roosevelt Boulevard.

Police said they saw 100 juveniles, some may be as young as 10 years old, causing damage inside the building, ABC 6 reported Sunday.

Video footage showed the group walking through the aisles as several items flew through the air. In the distance, a woman was seen standing above everyone else and appeared to be twerking with her arms raised as those below her watched:

The store was left trashed, with items all over the floor, as the group gathered in the parking lot outside.

A resident told ABC 6 that she feels hesitant when it comes to shopping at that location, saying, “Sometimes I’m afraid to stop, it’s a shame.”

Former employee Kaitlyn Holtzman also expressed her frustration, telling the outlet, “I was angry. I was very upset because being in the shoes of those employees, I know just how terrifying it is and how like frustrating it is having to clean up after that as well.”

In their letter, Sens. Marsha Blackburn (R-TN) and Bill Hagerty (R-TN) asked Biden to use those resources to fight the high rates of homicides and assaults, the outlet continued:

“Rampant crime is not inevitable — tough law enforcement can stop it,” Blackburn and Hagerty write. “But that requires a commitment to law enforcement.”