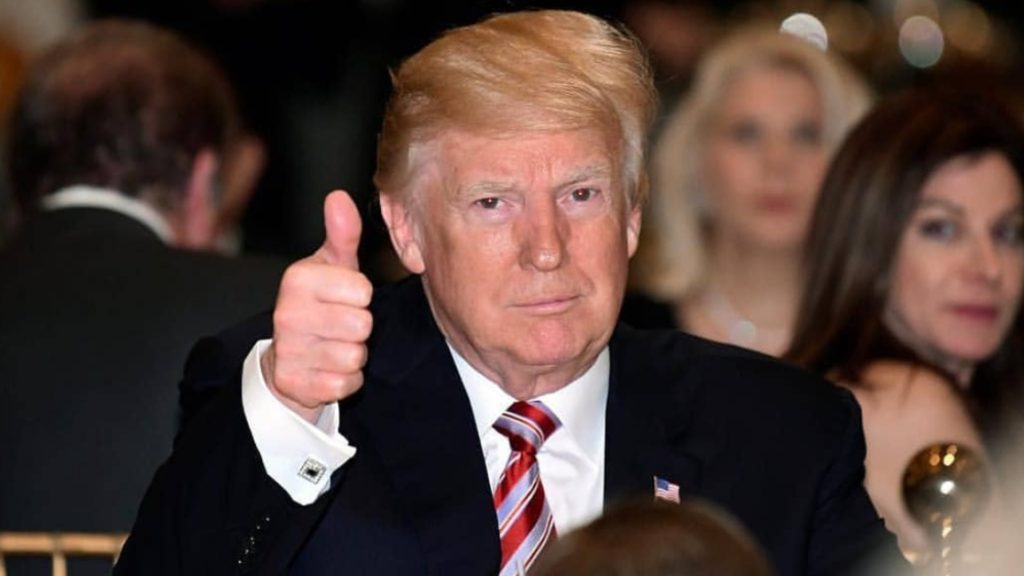 45th President Donald Trump has overwhelming support from Republican voters when pitted up against Florida Governor Ron DeSantis for the 2024 Republican presidential nomination, according to a new poll conducted by Emerson College.

The poll found that 55% of Republicans support the former president in a hypothetical 2024 Republican primary, with Governor DeSantis coming in second place with only 25%.

“There is a stark education divide among Republican primary voters,” Spencer Kimball, Emerson College’s Polling Executive Director. “A 71% majority of voters with a high school degree or less support Trump in 2024, whereas 14% support DeSantis.” 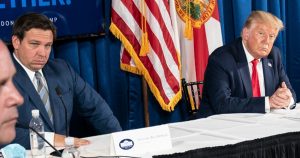 According to Kimball, a stark age divide exists between President Trump and DeSantis supporters, with younger voters supporting the former president over the Florida firebrand by over 50 points.

The poll comes as the two Republican figures have traded jabs at each other in the wake of the 2022 midterm election results and conversations over who will receive the Republican nomination in 2024.

President Trump officially announced his third bid for the White House earlier this month, declaring before a crowd of supporters at his Mar-a-Lago resort in Florida that “America’s comeback starts right now.”

Speculations as to who President Trump will select as his 2024 running mate took an interesting turn this week after it was revealed that billionaire rapper and fashion mogul Ye, formerly known as “Kanye West,” discussed sharing the 2024 ticket with the former president during a meeting at his Mar-a-Lago resort in Florida on Tuesday.

And I had on jeans Yikes

What you guys think his response was when I asked him to be my running mate in 2024?

“First time at Mar-a-Lago Rain and traffic Can’t believe I kept President Trump waiting,” Ye wrote in a tweet. “And I had on jeans Yikes What you guys think his response was when I asked him to be my running mate in 2024?”

Andrew White is a Northern Virginia native. His work has been previously featured on Alex Jones’ Infowars and Revolver News. White is a constitutionalist Patriot, who focuses on social issues, election integrity, globalism, US politics, as well as general corporate and government corruption.